Join us for a block printing workshop in Wandle Park facilitated by Wandle Industrial Museum
Date: Saturday 7th April
Time/place: 2pm at the cafe
Cost: £3 per person (this price is subsidised by the Friends of Wandle Park)

The Wandle Industrial Museum will be facilitating a block printing workshop at the cafe in Wandle Park on Saturday 7th April at 2pm.

You will learn about the process of block printing that was used by the calico print works along the River Wandle including the Morris Works and Liberty Print Works. 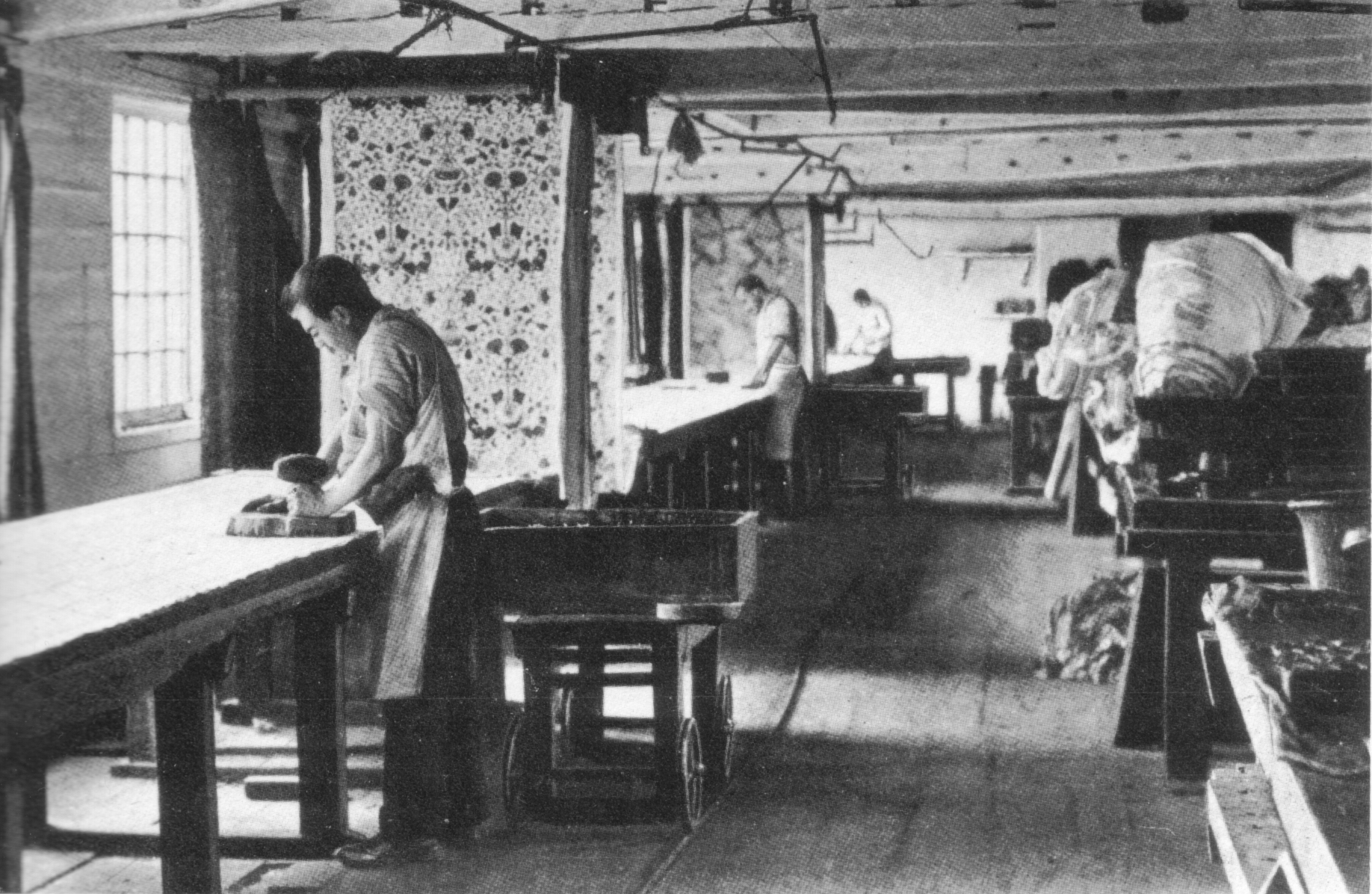 After viewing a film showing how block-printing was done there will be an opportunity to handle original Liberty blocks and the tools used. This will be followed by a talk looking at a selection of patterns and designs produced by the printers. To close the workshop each attendee will have an opportunity to produce their own print using Morris inspired blocks.

Tickets cost £3 to be paid on the day in cash only (£3) – but please book a place in advance, either
~ by email to Catherine at chairwandleparkfriends@gmail.com  or
~ by text to 07530247643 quoting WIM in the message.

This event is being supported by The Friends of Wandle Park and Mum’s the Chef at Wandle Park (http://www.mumsthechef.com)

To find out more about the Wandle Industrial Museum check out their website (http://www.wandle.org/index.html)

The Friends of Wandle Park enjoyed a fascinating afternoon visit to the Wandle    Industrial Museum on Wednesday 20th September as part of the Wandle Fortnight. They visited to discover the long-lost industrial heritage along the river which runs from Croydon to the Thames at Wandsworth.

The party from Wandle Park were grateful for funding from the Wandle Valley Forum, Living Wandle Landscape Partnership and the Heritage Lottery, that allowed them to enjoy the visit to the museum which, for a few of them, was their first time to the museum.

It is hard now to consider the scope and range of industry that used to lie along the Wandle. World famous names, such as Liberty silks and Victorian artist William Morris, located works along the river to power mills and printing presses. It is thought at one time there were 200 water mills along the Wandle.

Beer drinkers in the group were excited to see the history of brewing in Croydon and Mitcham with the long-lived but now demolished Young’s brewery in Wandsworth. It was pleasing to see that brewing is returning to the river with the establishment of breweries such as Sambrook.

Given the scope of the industrial activity along its length, it comes as no surprise that the need for a railway was soon recognised. The need to service the many factories and mills led some to consider a canal in the late 1790s. However, it was feared that this would drain the Wandle. Instead, they turned to the then-cutting edge technology of railways.

The Surrey Iron Railway was given the go-ahead in 1802, becoming one of the world’s first railways. It is incredible to consider that George III would remain on the throne for almost 20 years and that Queen Victoria would not be born for another 17 years after this date. The SIR ran from a quay at Wandsworth to Croydon and would be a financial failure, closing some 40 years later. This means that Croydon was the only town in Britain at the time connected by a road, railway and canal.

The group also took time to look at the history of other products connected with the river such as snuff, calico, lavender, stained glass, as well the many detailed and well-made models of various works and locations along the Wandle.

One interesting display that caught their attention was a topographical model that showed the Wandle and its connecting river the Graveney and how they ran from their sources down to the Thames. It was interesting to see how the landscape so closely shaped the river and its settlements.

Before their arrival at the museum, the group had taken the opportunity to see other historical buildings and views in Mitcham. The group, led by Catherine Graham, spent around an hour-and-a-quarter at the museum. Before leaving, souvenirs and artefacts were purchased at the museum’s gift shop.

The Friends of Wandle Park  would also like to  thank Andrew Dickinson, the Volunteering and Learning Officer of Wandle Park, for his support and the volunteers of the Wandle Industrial Museum who welcomed the group. For more information about the museum including  opening times check out their website   http://www.wandle.org/index.html